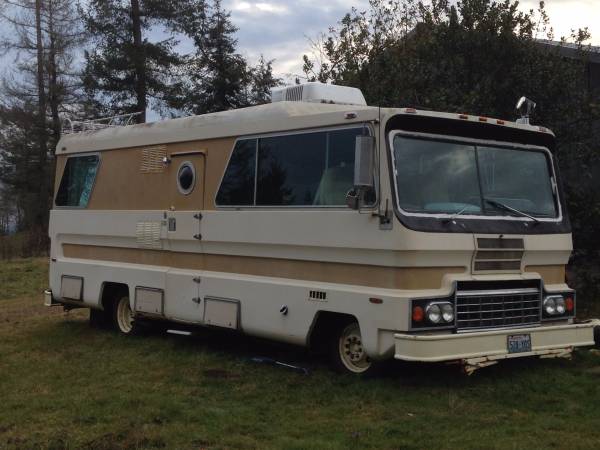 Price: $1200
Used RV for Sale, used classic class A motorhome being offered for sale in Tenino, Washington, as shown here is 1972 Starcraft StarCruiser RV in fair condition looking for a new owner. About 25ft long class A motorhome powered by a Dodge 413 Big Block mated automatic trans, not perfect still need some works but is drivable RV, asking $1200 or trade. 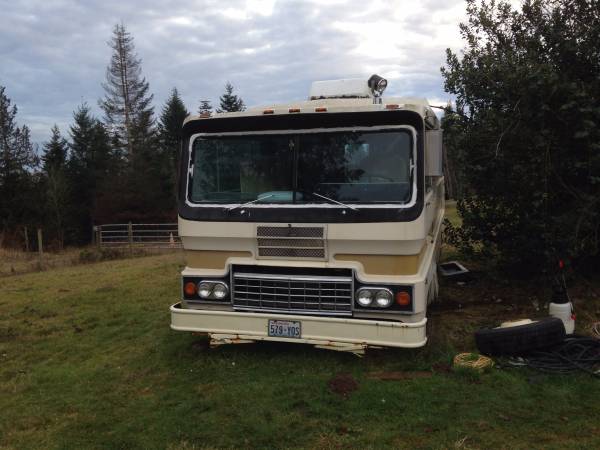 Details RV by owner
Im moving soon and cant bring this with me. In its current state, its a bit of a project, but it runs and drives just fine. And its priced to sell. Its listed as a 22' but its much closer to 25' with the rear bumper and hitch.
The body was made by Starcraft, better know for bigger fiberglass boats. The body is all a fiberglass shell, and its heavy duty as hell. And holds up far better and is way more leak resistance compared to other metal shell Rvs.
It has a Dodge 413 Big Block and auto trans (I think its the 927, but not 100% on how to tell the difference between the 727 trans) Had the ignition modual replaced not too long ago.
The tires are 4 years old and have less than 1000 miles on them. Spare tire is new as well.
Has all new brakes in the front.
New Aux batter
The 4k generator was shot, So I installed a good working 6K Onan gen in it. Ive used it a handfull of times before, its a working unit. Still needs the wiring hooked up, but its all there.
The Old carpet was bad, So I tore it all out, Patched a small hole in the floor, Primed it all with a good oil based primer, to help it last longer. Used a feather-lite floor filler to skim coat and finished preping the floor for nice lament flooring. I bought the flooring (@ $80 a box) and pre-finshed 1/4 round trim to finish it out. And thats as far as Ive had time to finish.
It has 120v florescent lighting inside, and some nicer light fixtures that come with that can be put in.
The interior is missing some of the fabric covering in areas, but most of the front section has been redone.
Also comes with a small flatscreen TV, a ps2 with a stack of games and dvds. All the sewer connection/dump hoses, water connection hoses and some other misc goodies.
Has a beast of a towing hitch on the back and the crank down jacks still work.