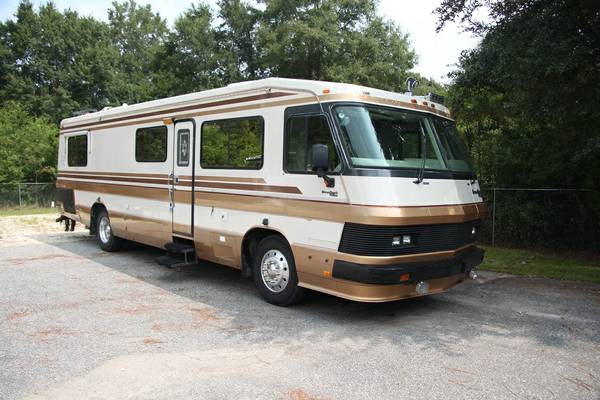 Price: $14,000
Used RV for Sale, this class A 36 foot RV motorhome made by Monaco Coach was released in 1990 it a Crown Royale Diesel Pusher, has 105K original miles interior has been remodeled, good condition looking for new owner. 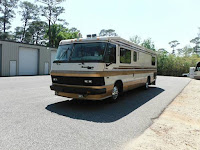 Detail by RV owner
I have decided to sell my 36 foot 1990 Monaco Crown Royale diesel pusher. I bought it about a year and a half ago with the intention of using it. However I have yet to use it and it's to nice to have just sitting around. I don't know much about it. I bought it from a guy that lived in it for a few months while his house was getting worked on. I was told that everything worked. I have not tried any of the appliances or anything else on it so I can't say for sure if everything works. It seems to run and drive really well the few times that I have drove it. It does have some trouble starting. It has a 250hp Cummins turbo diesel with an Allison transmission. The interior has been remodeled and looks really nice.

I'm asking $14,000. I will consider trades. Trade wise, I would be interested in a smaller class C, B plus or a nice car. I will not respond to low ball offers.